Screen Out Your Screen Time 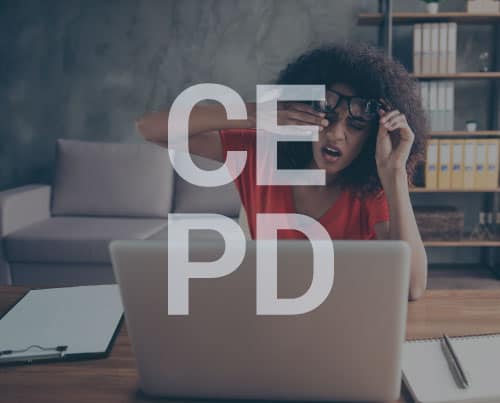 It wasn’t supposed to work out this way.

Just a few months ago, millions of remote-working wage slaves were looking forward to September as the time when they could finally return to their offices, meet up with their colleagues, and resume a more normal work life. Then came the Delta variant and a new surge of infections, forcing businesses across the nation to postpone or suspend their reopening plans.

As a result, the work-from-home show has been renewed for another season, and countless families are scrambling to re-jigger their plans to accommodate the reality of more remote work. And, as we gear up for another autumn filled with endless Zoom calls and business-casual sweatpants, it’s worth remembering some of the lessons we should have learned—but maybe didn’t—over the last 18 months:

Stick to a routine. Separate your home life from your work life. Make enough time for yourself, your spouse, and your kids. Exercise!

Good advice, all of it. But there’s another important caution that most if not all of us have studiously ignored: Cut down on your non-work screen time.

Take an average, eight-hour workday spent parked in front of your computer screen. Throw in an hour or so of recreational web-surfing or social media time, and another hour or two watching the evening news or a movie or a ballgame. Put it all together, and you—like so many of the rest of us—are spending way too much time in front of one screen or another.

But is that really such a problem?

Excess screen time is bad for many reasons. According to the American Academy of Ophthalmology, spending too much time staring at a screen can lead to eyestrain, headaches, and dry eye. More generally, spending too much time in front of a screen is unhealthy because it means you’re not spending that time exercising or taking part in other healthy physical activity. In addition, neuroscientists believe that excess screen time depresses brain function in the frontal lobe, which controls reasoning and creativity.

And there’s one other culprit in the screen-time saga: Blue Light. (No, not the cheesy, 1960s TV spy drama starring Robert Goulet—if you’re old enough to remember that chestnut, screen time is probably the least of your worries.) Blue light is emitted by the screens on most computer monitors, tablets, smartphones, and televisions, as well as by energy-efficient LED lights, so it’s hard to avoid. But limiting your exposure to blue light is something you should definitely try to do.

Blue wavelengths of light affect the body is specific ways. During the day, blue light can lengthen your attention span, improve your mood, and quicken your reactions. But at night, scientists believe, prolonged exposure to blue light can disrupt a person’s circadian rhythms—the 24-hour internal clock that governs our sleep/wake cycles. Circadian rhythms are also associated with the body’s production of melatonin, a hormone closely linked to sleep.

A recent study by researchers at Harvard Medical School found that disruption of circadian rhythms may possibly be linked to diabetes and obesity. More generally, loss of sleep is associated with increased risk for depression and cardiovascular disease.

It’s true that nighttime exposure to any sort of light can disrupt the circadian rhythms. But blue light, scientists say, is especially disruptive—which is why it’s so important to limit screen time, especially in the evening hours.

What can the average person do to reduce their screen time and cut down their exposure to blue light? Here are a few ideas:

For a complete listing of MindEdge’s course offerings on remote work, click here.

Posted In CE/PD Work From Home