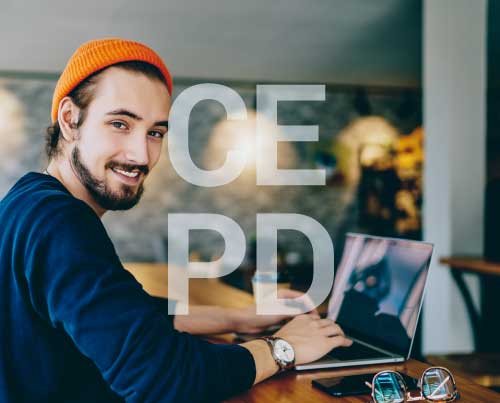 In December 2000, 20th Century Fox released the inexplicably successful Dude, Where’s My Car?, a motion picture so puerile that the Chicago Tribune suggested audiences would leave the theater exclaiming, “Dude, I can’t believe I sat through that movie!”

But now, after almost two decades of instantaneously available information, we’re beginning to see signs that both SEO and the search engines behind it are becoming as dated as stoner buddy comedies.

In the early days of the web, writing and coding for search engines was a straightforward but crude business. Search engine ranking was based mainly on how often a word appeared on a web page. Where it appeared (in a heading, title, etc.) may have had some influence, but search ranking was primarily a quantity-driven metric.

Google, however, took a broader view of things. It recognized that web sites aren’t independent silos—they are linked to each other. Logically, it reasoned that if a lot of sites link to one particular page, that page is probably a good source of information. This insight was borrowed from academia, where the credibility of research is typically measured by how often it is cited in other research.

Of course, the credibility of academic research has come under attack in recent years: in a 2005 paper, Stanford professor John Ioannidis famously claimed that most research findings (but not his, of course) are in fact false. Similarly, netizens are coming to realize that the frequency with which certain information is shared or linked has no bearing on its accuracy.

Burned by the rise of “fake news,” exaggerated memes, and paid advertising, search-engine users don’t seem to trust search results as much as they once did. While the top-ranked results still get the most clicks, recent research shows that the gap between the top and middle results is closing—indicating that users are often clicking multiple links, trying to triangulate good information.

But if SEO really is in decline, the reason may lie not in the technology, but rather in the premise of optimization. It’s possible, even likely, that there is not a single authoritative answer to every query—and even if there is, can you really trust the authority behind it?

Whether you are searching for the function of the intermediate vector boson (that’s a real thing, by the way) or seeking an assessment of the best Ashton Kutcher movies, the truth can depend not only on perspective, but also on time. Which is to say: if you want to find the truth, you need to spend some time looking for it.

To those digital natives young enough to have never heard the tones of a dial-up modem, such an assertion may run contrary to their always-connected sensibilities. However, for those raised on the Dewey Decimal library catalog, the idea of retrieving multiple sources and taking the time to read them with a discerning eye is not so foreign.

In March 2018, a roar of vindication went up from the Internet’s retirement communities when the US Federal Trade Commission released a report showing that users between the ages of 20 and 29 are twice as likely as users over age 70 to lose money in online scams. The blue-hairs of the information superhighway may not be fast, but at least they don’t have to be furious at their own gullibility.

As technology becomes more integrated into the fabric of our lives (in some cases literally), the challenges of optimization will continue to grow. But even as Google et al. seek the Mother of All Algorithms to connect people with information and products, the rest of us should remember that Silicon Valley is under constant pressure to turn a profit.

While the naysayers can post objections on their MySpace accounts, the reality is that technology giants function much like Hollywood studios: their currency is popularity, not necessarily quality. In October 2000, Warner Brothers released Pay It Forward, a critically acclaimed drama about a teacher challenging young students to improve the world. It grossed roughly two-thirds of what Dude, Where’s My Car? made. As much as we have accelerated our information resources today, there remains an axiom perhaps first coined in the days of Gutenberg: what is right not always popular, and what is popular is not always right.

For a complete listing of MindEdge’s courses on SEO and related topics in digital marketing, click here.

[An earlier version of this article ran in the MindEdge Learning Workshop Blog on April 27, 2018.]