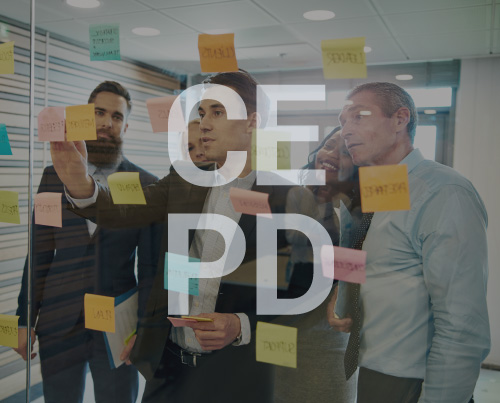 When solving a problem, most of us will try to dig deep and find the root cause: what’s the one thing that’s throwing a wrench in the gears?

This kind of analysis can be extremely helpful—often there is some new information that can be uncovered through further analysis and questioning. But, perhaps more significantly, analysis can be mentally rewarding. It’s satisfying to think that problems can be solved by identifying a root cause and creating a solution for that single issue.

In reality, though, problems are not often as straightforward as we’d like them to be. They’re often complex, involve many people, and have contexts and histories that make them even more complicated. Problems often arise not because of random, freak events, but are instead the inevitable outgrowth of a larger system. In the real world, there is rarely just one reason a problem arises—and rarely just one solution.

I’ll admit that this feels like a let-down for me. Personally, I wish we lived in a world where clean, elegant solutions were the norm rather than the exception. Sometimes it can seem as though some problems are simply too old, too complicated, or too vast to be remedied.

On the other hand, accepting complexity and the reality that there may be more than one “right” solution can open up a whole new world of possibilities.

Systems thinking is a methodology that embraces complexity and encourages the expansion of possibilities. Rather than narrowing things down, systems thinking first asks project leaders and other practitioners to consider what else could be brought in and considered: other values, inputs, people, resources, processes, or contexts. How do these individual parts combine to create a larger whole—whether it’s a family, a company, a subway system, or a garden?

No matter what kind of problem you’re trying to solve—something at work, a family dispute, or one of those big, seemingly intractable societal ills—systems thinking can help you contextualize and identify out-of-the-box solutions.

Here are a few simple techniques to help get you started:

Expand the “System”: If you’re trying to solve a problem, you’ve probably identified who or what is involved. But are there elements or processes you haven’t considered that could inform your perspective? Are there other people who might be affected or need to be brought in?

Feedback loops can be found everywhere. I recently heard a story about two brothers, aged five and seven. The older brother loved animals and had become a vegetarian because of his passion for animal rights. He felt so strongly about this issue that he didn’t want anyone in his family (including his younger brother) to eat meat. But of course, his little brother loved turkey subs and pepperoni pizza.

Whenever the older brother caught his little brother eating meat, he would give him a kick. His mom asked her son if he thought that kicking his brother made him more or less likely to stop eating meat. The older brother admitted that, yes, kicking his brother probably only made his sibling even more determined to keep eating meat. This is one example of a positive (as in, “reinforcing”—I’m not advocating for sibling infighting!) feedback loop playing out in one family’s dynamic.

Think Long-Term: Like the older brother, it’s easy to react in the moment and find the “solution” that seems to fix the immediate issue. But short-term solutions can leave the problem intact, lying in wait to arise again. Thinking about what behavior, approach, or tactics could shift the system’s feedback loops (like, maybe not kicking your brother when you’re mad at him) is more likely to provide a long-term, sustainable solution.

For a complete listing of MindEdge’s course offerings on Project Management, click here.