Scenario Planning in Times of Uncertainty 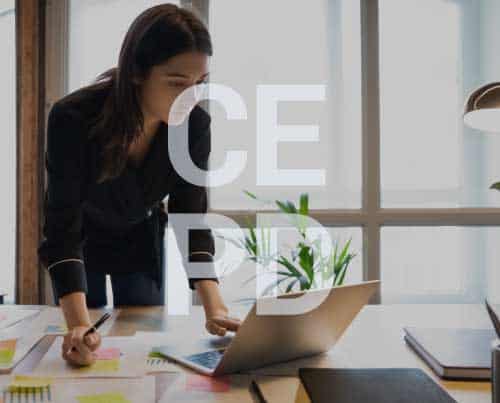 Some events are impossible to predict. When the COVID-19 pandemic hit, it’s safe to say that no one was prepared for the countless ways it would disrupt our lives. The uncertainty that it caused on so many levels was challenging. It became difficult to make any sort of plans or decisions, because we just didn’t know how the situation would unfold.

I remember speaking to a professor shortly after universities were forced to cancel in-person learning. He mentioned that his students were constantly asking him whether or not classes would be held online again in the coming term. They wanted to plan ahead and make decisions about things like housing and work schedules. “I told them to make two plans,” he said. “Have a plan for both online and in-person learning so that, once the university makes the call, you’re ready to respond.”

We’ve all heard of having a Plan B—a secondary plan to fall back on if Plan A doesn’t work out. While it’s a simple concept, it can be incredibly helpful to have an alternative when things don’t go as expected. This is the basic idea behind scenario planning—an approach to strategic planning that was initially developed by the military, and has since been adapted to help organizations make long-term plans in times of uncertainty.

Scenario planning considers multiple different possibilities for the future, to help organizations think through how they would respond to challenges that might arise. This approach provides leaders with a flexible toolkit that includes actions to take in different situations.

There are many ways to go about scenario planning, and some are more complex than others. A webinar presented by The Bridgespan Group breaks the process into four simple steps:

Scenario planning isn’t new, but it became more popular during the pandemic. Officials developed multiple scenarios based on infection rates, which in turn triggered actions such as reopening schools, returning to offices, or shutting down borders.

The strategy has also been helpful for nonprofit organizations that have recently struggled with an increased demand for services such as food and housing, while dealing with a reduction in donations from individual donors. Scenario planning can help leaders in these situations plan ahead and be prepared to make difficult decisions when necessary.

And finally, in our personal lives, some basic scenario planning can help us make decisions about future events, such as travel plans or social gatherings. Thinking through multiple scenarios, and how we would respond to them, allows us to prepare for the worst without missing out on the possibility of returning to some of the activities that we’ve been putting on hold.

For a complete listing of MindEdge’s course offerings on Nonprofit Management, click here.