The Case for Pay Equity 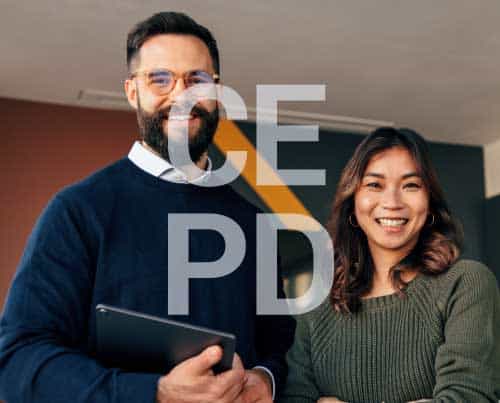 Today’s tight job market has had a positive effect on workers’ pay: according to the U.S. Bureau of Labor Statistics, average wages increased by 4.2% in 2021 and by 5.1% in 2022. Now, more than ever, people are aware of what their skills and time are worth, and they are not afraid to ask for what they consider to be fair compensation. If they feel disrespected or unappreciated in their current workplace due to salary differences, they will likely go elsewhere. That’s why it is so important for companies to be aware of the salary ranges and benefits offered by competitors and other businesses, to ensure external equity in the workplace.

Despite the recent surge in workers’ pay, not everyone is receiving fair compensation. While many companies have done their best to eliminate pay inequities, there are still some biases in the workplace that can cause wage gaps. And, even though there are laws in place that mandate equal pay, there are still discrepancies in salaries that disproportionally affect women and people of color. Pay equity attempts to reconcile this, but because of the subjective nature of salaries, those with less power in society may find themselves not receiving impartial pay. Instead, they are at a direct disadvantage because of their gender and/or race.

A 2021 study by Christopher M. Whaley, Tina Koo, Vineet M. Arora, Ishani Ganguli, Nate Gross, and Anupam B. Jena, published in the medical journal Health Affairs, found that over a 40-year career, female doctors earn an estimated $2 million less than their male counterparts. Additionally, according to the Medscape Physician Compensation Report 2019, analyzing doctors’ salaries by race also shows pay gaps. Hispanic doctors earned 95% of a white doctor’s salary, whereas Asian doctors only earned 94%, and African-American doctors earned even less than other races: only 88% of a white doctor’s salary.

Why Are There Wage Gaps?

Wage gaps are caused by a variety of factors, including base pay, bonus pay, dominated industries, and history itself.

Base pay is the initial pay given to an employee, usually expressed and calculated as either an hourly rate or an annual amount. Often, jobs have a range for the base pay, such as “between $45,000 and $55,000,” which leaves room for negotiations. Factors such as geographic location also affect the base pay for a particular job. But what if gender or race is a real but unacknowledged factor in determining pay? Then the pay gap begins with the starting salary. One of the factors that determine starting salary is work experience (which is connected to education as well). Those with more privilege often have more experience or higher educational attainment, and therefore they receive higher starting base pay.

Bonus pay—money received from employment above the base salary—is another area that can create or contribute to wage gaps. In fact, ADP Research Institute’s Rethinking Gender Pay Inequity in a More Transparent World, by Mita Goldar, Christopher Ryan, and Ahu Yildirmaz, reported that all other things being equal, the average bonus for women was less than two-thirds of the bonus for men in the U.S.

Why does this occur? Is it because women are taking more time off to be with their children? It seems naive to assume that this gap is unrelated to motherhood. This is, in fact, an example of the “motherhood penalty,” whereby women in the workforce are at a disadvantage because they have children. If a child is sick, it is more common for the mother to stay home from work rather than the father. Mothers often work around the child’s schedule, which can affect their performance at work as well. This is not to say mothers do not work as hard as fathers—but in the eyes of the employer, that may appear to be the case.

From a historical perspective, until late in the 20th century, men generally went to work and women stayed home. With no or few household responsibilities, men could focus primarily on work. This can still lead to a perception that men are more capable of assuming senior roles that may require longer workdays and less time off. It also promotes the belief that childcare and household duties should be shared disproportionately, with women assuming a larger share.

For a complete listing of MindEdge’s courses about pay equity and related topics in Human Resources Management, click here.