Emotional Intelligence in the Workplace 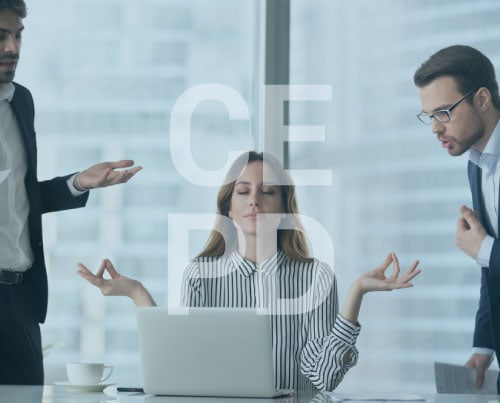 In the olden days, when dinosaurs roamed the earth and I was fresh out of college, people didn’t talk about “emotional intelligence in the workplace.” What we talked about, instead, was the need to “act like a grownup.” But looking back, it seems that we were all talking about the same thing.

In 1990, the academics Peter Salovey and John D. Mayer defined Emotional Intelligence, or EI, as the “ability to monitor one’s own and others’ feelings and emotions, to discriminate among them and to use this information to guide one’s thinking and actions.” Five years later, science journalist Daniel Goleman popularized the term in his 1995 book, Emotional Intelligence: Why It Can Matter More Than IQ, and in the years since EI has become a favorite topic for management gurus and HR mavens. But what does it mean for the average employee?

In his book and in subsequent writings, Goleman defined five key elements of emotional intelligence:

To be honest, all five of these “EI competencies” fit my definition of “acting like a grownup,” but Goleman argues that there’s more to them than that. In an influential 1998 article in the Harvard Business Review, Goleman posited an explicit link between high EI and success in business—specifically, success in leadership roles.

But EI is not just for leaders. In a highly publicized 2011 survey of 2,600 hiring managers and HR professionals, 71 percent said they value EI more than IQ—and fully 75 percent said they would promote a high-EI candidate over one with a high IQ but low EI. As author and educational consultant Kendra Cherry writes, “If you want to succeed in the workplace and move up the career ladder, emotional intelligence is critical to your success.”

Why? EI is valuable in the workplace for many different reasons, but arguably the most important boils down to a single word: teamwork. People with high emotional intelligence—people who can control their own emotions, people with social skills such as listening and being respectful of others, people who can empathize with their coworkers—are, almost by definition, going to be better team players than those who lack these skills. And team players are more likely to be recognized and promoted by management.

Advocates also argue that workers with high emotional intelligence are better able to cope with workplace stress, and address workplace conflicts, than those with lower EI. Those attributes are obviously valuable traits in a worker, and even more valuable in a leader—which is why Goleman and many management consultants consider EI to be a vital leadership skill.

Unlike IQ, an inborn attribute that is mainly a function of genetics, EI is something that can be taught. Many schools districts across the country have embraced an approach known as social-emotional learning, which seeks to instill the basic elements of EI in schoolchildren. And courses in emotional intelligence have become an integral part of many management and leadership development programs (including those offered by MindEdge).

Of course, not everyone has jumped on the EI bandwagon. Critics point out that the tests designed to measure EI are not very scientific and can easily be gamed; at the same time, it’s fairly obvious that emotional intelligence didn’t have much to do with the success of legendary business martinets such as Steve Jobs or Jack Welch or, for that matter, Donald Trump. And John Mayer, who along with Peter Salovey wrote the first scholarly article on EI, has derided the approach taken by Goleman and his followers as mere “pop psychology.”

For all of this criticism, though, corporate America’s embrace of EI is not going to end any time soon. If you’re interested in climbing the corporate ladder, you’re going to have to take stock of your own emotional intelligence, and find ways to enhance it.

Or at least learn how to act like a grownup.

For a complete listing of MindEdge’s course offerings on emotional intelligence and other management skills, click here.

[This article originally ran in the MindEdge Learning Workshop Blog on September 14, 2018.]