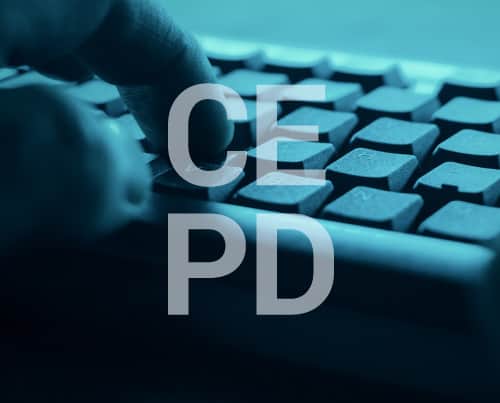 Recently, officials from the Biden administration had a sit-down with top executives from 13 tech-related companies, in the hope of forging a partnership to fight the criminal gangs and nations that have been launching public- and private-sector cyberattacks. While some good may emerge from this initiative, it is a bit like Bettors Anonymous asking casino executives for help in the fight against gambling addiction.

According to the Ponemon Institute, data breaches compromised about 37 billion records of consumers in 2020 alone. On average, each record represents about $150 worth of cleanup for corporate America. That’s the cost of security monitoring, regulatory fines, employee hours, downtime, and other measurable expenses. You’d think with that kind of potential cost, companies would be more reticent about collecting such data—but in reality, that cost falls well within the range of acceptable risk, when compared to the dollars being generated off your (and my) personal information.

How does all that data get compromised? Most often it gets leveraged in phishing attacks—scams perpetrated over email and the like. Such attacks form the gateway for cyberthieves. By using just a few bits of data (e.g., your email, name, employer), the bad guys can easily ensnare victims in their schemes.

What’s interesting is that the number of reported data breaches decreased in 2020, but the size of the average attack increased significantly. There are several reasons behind this trend, but the most important is that the amount of data Big Tech collects continues to grow at a staggering rate. Not unlike the business model of the phishers, Big Tech—Facebook, Google, and their peers—seek to gather and leverage as much information about you as they possibly can, to help them sell you the products, opinions, or alternate facts promoted by their advertisers.

And data is just one front in today’s cyberwar. As has been well publicized, Facebook finds itself under scrutiny for its role in facilitating the informational chaos that can lead to real-world chaos. Less noticed, though, is that in recent years, traditional news outlets have been filing antitrust lawsuits against Facebook and Google, claiming that the two tech giants have a monopoly on advertising revenue.

Since 2004, the year of Facebook’s founding, nearly 2,200 newspapers have closed in the U.S., while the social media giants have flourished as information providers. Is that because Big Tech is just better at competing in the free market? That might be true, if the playing field were in fact fair—but it’s not.

While newspapers are subject to libel laws, which essentially require them to be responsible for their content, social media platforms face no such liability. The Communications Decency Act, a 1996 federal law, absolved Facebook and friends from having to maintain a standard of truthfulness. It also paved the way for these digital platforms to target content and advertising to specific users, an enormous business advantage that has both killed competition and given rise to the massive data collection and theft that we see today.

So, while the politicians may deserve credit for reaching out to the private sector in the fight against cybercrime, history suggests that they should be wary of their new allies. Time and again, the pols have been taken to the cleaners by the slick talkers of the Silicon Valley Billionaires Club, who have repeatedly maintained that the online world is a pristine wilderness that must not be sullied by federal regulation.

The question is not so much whether we need some new wave of technology regulation. It’s really a matter of having the digital IQ to see past the cyber smoke and mirrors, so that we can apply a few longstanding business and legal concepts. Today’s consumer data, after all, is just a new digital currency (and actually far more stable than Bitcoin). It can be traded and speculated upon, and the tech giants are the banks and brokers who facilitate such transactions. Similarly, social media, search engines, and other platforms have become news sources. While that fact may speak to the questionable judgment of the masses, it would seem reasonable to make the tech giants—like traditional news outlets—legally accountable for the quality of the content that provides them such a quantity of profit.

In the final analysis, government has long had a legitimate role in regulating commerce and currency; that role should now extend to the commerce and currency made up of personal data. Similarly, while the First Amendment provides for free speech, that right is not absolute; to paraphrase Justice Oliver Wendell Holmes, we should not permit Mark Zuckerberg to sit idle while people maliciously shout “fire” on his crowded platform.